Among European countries, Turkey is the country in the closest contact with the US, Phil Gordon, deputy US undersecretary of state for Europe and Eurasia, said yesterday. Speaking at US think-tank the German Marshall Fund on its new Transatlantic Trends Survey 2010, conducted jointly by the fund and Italian group Compagnia di San Poalo, Gordon said they don't think that Turkey is drifting away from the West. Conducted in 11 EU member countries, Turkey and the US, the survey found that over the last year, support for US President Barack Obama across Europe edged down from 83 percent to 78 percent. Most of those surveyed disapproved of Obama's Iran and Afghanistan policies. According to the poll, Turkish public support for the country's European Union accession bid has fallen sharply over the last six years, plummeting from 70 percent in 2004 to 38 percent this year. It found the percentage of Turks who believe Turkey should work more closely with Middle Eastern countries than with the US and EU to solve international problems doubled to 20 percent. Only 6 percent of Turkish respondents said Turkey should work closely with the US, and support for Obama fell nearly in half from 50 percent in 2009 to 28 percent this year. Saying that the survey shows the need for more US outreach to the Turkish public, Gordon said US officials discuss Washington's differences with Ankara openly and honestly. Stressing that the US wants to have a model partnership with Turkey, Gordon said no other government in Europe has such a permanent, open dialogue with the US. 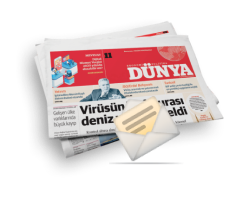